In 2015, responding to the overwhelming housing concerns of our members, MACG led a successful campaign to increase funding for affordable housing in Portland by 67 million dollars.  MACG turned out an increasing number of people (over400 total) to five public hearings and city council meetings, plus a MACG press conference, each time testifying and bringing personal stories of housing hardships to the attention of decision-makers.

In October 2015, the Portland City Council voted unanimously to increase funding for affordable housing by 67 million dollars.  As many as 670 more low-income families will now have a safe, dry place to call home within the next five years.

This win for Portland was far from guaranteed at the beginning.  It took classic, MACG organizing to make it happen.

The Organizing Cycle started in spring of 2015 when MACG held listening sessions across its member institutions.  Over 600 people participated, and affordable housing was by far our members’ #1 concern.

Next step: Research. The Affordable Housing Action Team formed.  Hard working team leaders researched the housing situation in Portland and found an opportunity for MACG to make a difference:  Pushing for an increase in the tax increment financing (TIF) set-aside for affordable housing, which was in its five-year review process.

Next step: Action! MACG turned out 13 people to the first TIF hearing.  Despite the housing crisis, policymakers were recommending no change – the TIF affordable housing set-aside should remain at 30%.

MACG turned out 35 people to the next hearing along with a recommendation to increase the housing set-aside to 50%.  Policy makers were starting to listen.

At each hearing, MACG leaders testified, telling their personal stories of difficulties finding affordable housing, and asking for increased funding.

The next hearing we turned out 100 leaders and the Portland Housing Bureau had to change the meeting venue to accommodate us all!

In the meantime, Housing Team leaders were in the words of Portland City Council Commissioner Dan Saltzman “working the building,” meeting with Mayor Hales and City Commissioners as well as other key figures in the decision-making process. Many leaders added to the effort by writing and calling Council members with their housing stories.

Two weeks before the vote, 140 MACG members and allies showed up for a MACG press conference and a City Council work session – a big show of power. City Commissioners delayed the vote on the final policy one week so they could work out a deal with members divided on the decision.

At the final vote, we turned out 110 MACG leaders to observe the last hearing.  Housing Team co-chair Rita Delamatre represented MACG on a special panel by invitation of the Commissioners.  Housing Team leader, John Rodgers also testified, as did Francia Velázquez whose powerful story was later featured on OPB. 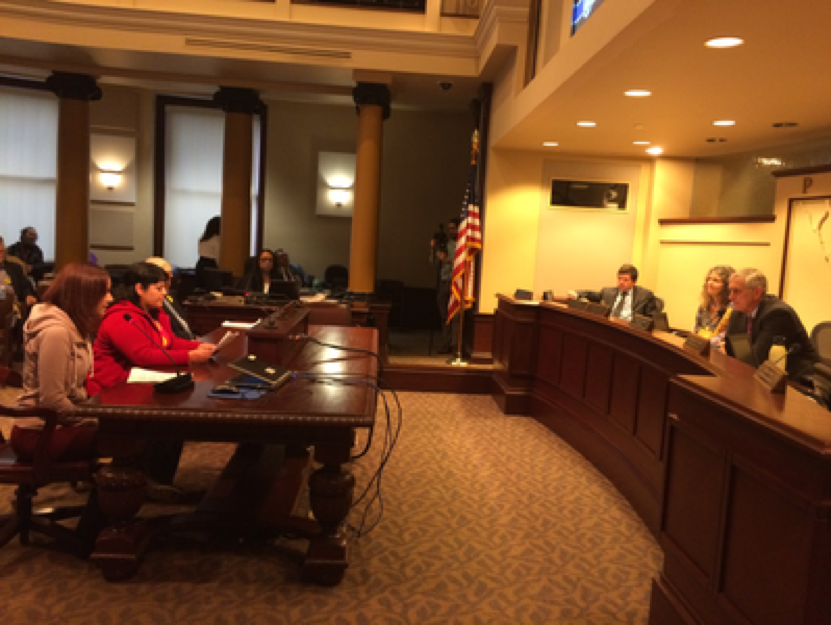 In the end, Commissioners voted unanimously to increase the TIF affordable housing set-aside to 45% or by 67 million dollars, a big jump from the predicted 0% increase we started with.

Council members credited MACG several times during the hearing with contributing to this outcome, and it was the hard work and leadership of the Housing Team, and the repeated turning out by leaders that made this possible!

Final Step: Evaluation and Celebration.  The Housing Team completed a full evaluation at their November 2015 meeting.   The issue of affordable housing continues in Portland.  MACG currently has two teams dedicated to conducting concrete winnable campaigns to move the dial in the right direction as the TIF to 50 campaign did.

Portland Council: Nearly Half Of Urban Renewal Funding Will Go To Housing—OPB, 10/23/15

The Key Players on Affordable Housing in Portland —InvestigateWest, 10/21/15